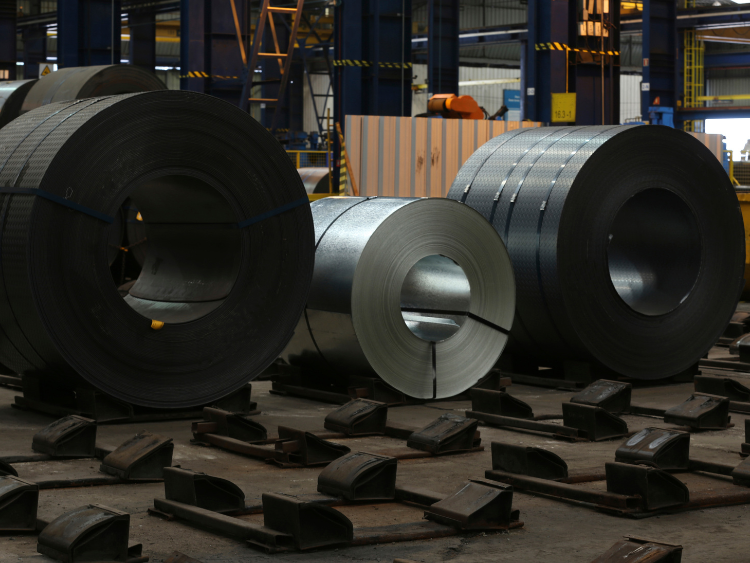 The fall in northwest European coil prices has almost come to a standstill in August. Among buyers, opinions diverge if the bottom has been reached, as the mills would like to have it, or if some more euros will be conceded. However, observers largely agree that a rebound in prices will not be seen for several weeks.

“Are we at the bottom of the cycle?” a Belgium-based manager asks rhetorically. “According to the mills, yes of course, but most probably we will only know by early September depending on purchase/restocking activity at that time.”

“I’ve heard that mills expect demand from automotive to pick up; so, if that happens, it will possibly mean that there could be a bottom,” a Scandinavian source tells Kallanish. “But for now, we have not heard of any upward trend.”

One mill source is convinced about recovering demand from makers of cars and trucks. “We have seen a stable to increasing underlying consumption in those [automotive] industries, alongside other stable industries such as agriculture, energy and construction equipment,” he claims. He adds that he finds “domestic EU prices are competitive against the available import prices.”

Sources from Scandinavia to Switzerland see domestic hot rolled coil in the range of €800-850/tonne ($818-869); some allusions to prices below €800 are heard from the Benelux.

The question is if the spark in purchasing will in fact come. According to a Dutch source, “producers are on stand-by for a purchasing spur that encourages them to lift prices, but activities are nearly nil now as the holidays are still on.” He therefore expects some more reductions during August – but is also preparing for later hikes that he says could be €50-100/t.

Christian Koehl Germany
Free Trial
Like this article? Why not sign up for a free trial, and receive the Kallanish service for 2 full weeks. Registration only takes 1 minute, so do it now and start benefitting from our news and pricing coverage today!
(0)
Share article