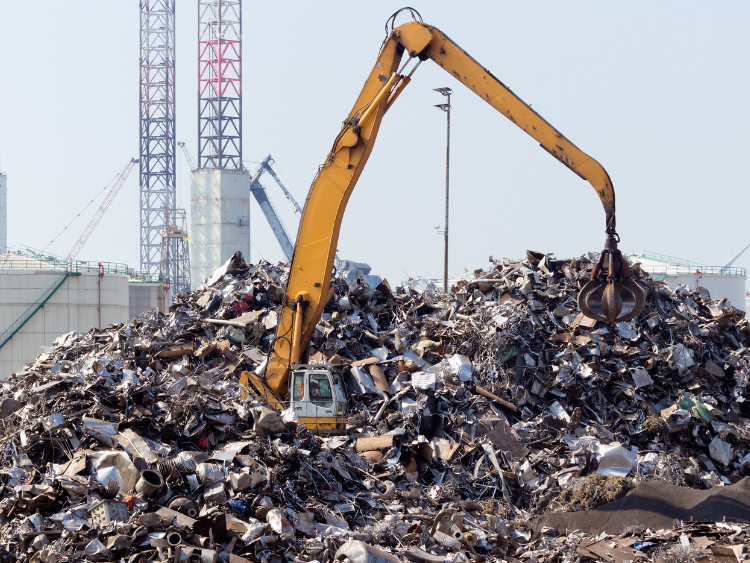 Scrap prices in the Benelux continue to fall amid weak demand in export destinations.

Demand in major export destinations, Turkey and India, remains weak as buyers expect lower prices. However, tight supply in the EU continues to be an issue for exporters who are struggling to source a sufficient tonnage of material at lower prices.

Some European exporters who short-sold are seen being forced to pay higher prices to fill the sold vessels.

Turkish mills are seen taking their scrap purchases slowly due to sluggish rebar sales in both export and domestic markets. Although there are some mills inquiring about scrap, it is unclear if they require material or are just gauging suppliers’ positions.

Three deep-sea bookings were heard towards the end of last week. While a Baltic supplier sold HMS 1&2 80:20 at $400/t cfr Turkey, the same grade was sold by a US supplier at $410/t cfr. The price spread between these two deals surprised market players, with most finding the US value not representative of a market where rebar prices are falling.

While European and US suppliers are aiming to sell HMS 1&2 80:20 at above $405/t and $410/t cfr respectively, Turkish mills are seen continuing to push for lower prices, below $400/t cfr. US suppliers, however, managed to reach targeted prices last Friday.

A Turkish mill tells Kallanish: “Turkey’s steel production is currently limited to the domestic market’s required volume. However, despite production being halved, mills have for the past two months bought as much scrap as in usual times. I think mills would rather wait now instead of buying scrap at above $400/t cfr and bearing a loss.”

A European supplier is heard offering HMS 1&2 80:20 at around $410/t cfr Turkey from the Netherlands.

In India, mills started buying cargoes that have been redirected from Pakistan due to letter-of-credit issues in the country. A few cargoes were concluded at $445/t cfr Nhava Sheva for shredded last week, while offers were at around $445-450/t cfr on Monday. Buyers’ interest is weak, however, as they feel prices will continue to edge down.

Burcak Alpman Turkey
Free Trial
Like this article? Why not sign up for a free trial, and receive the Kallanish service for 2 full weeks. Registration only takes 1 minute, so do it now and start benefitting from our news and pricing coverage today!
(0)
Share article